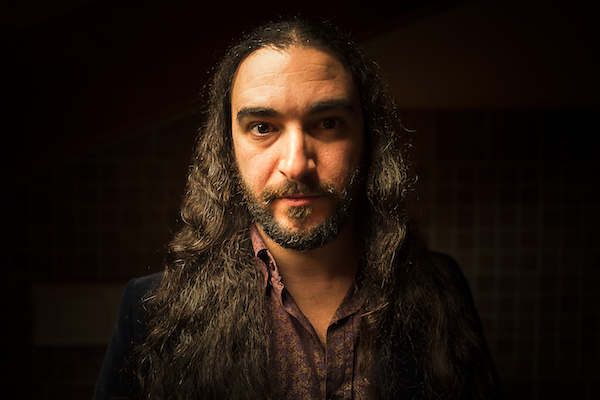 Christian Draghi was born in Pavia, in the north of Italy, on the 25th of november 1982. Son of a professional musician, he grew up on the Appenino Mountains and music was in his DNA since the beginning. Draghi’s first love was the drum, which he started playing when he was four. Then his relationship with music took a break between 8 and 15. But then at that age a new interest came: guitar. He learnt playing as an autodidact and same way he started with piano. Since then he never stopped.

From 2008 till 2018 Christian Draghi’s been the voice and six strings of the heavy rock trio Doctor Cyclops, with whom he has recorded three Lps and toured Europe several times. The band plays 70s rock inspired by the sound of bands like Black Sabbath and more underground heroes from the 70s and early 80s such asTruth and Janey, Sir Lord Baltimore or Witchfinder General. Their dischography includes one self produced Ep-CD “The Doctor Cylclops” (2010) and three full lenght albums: “Borgofondo” (2012), and “Oscuropasso” (2014) released for the german label World in Sound, “Local Dogs” (2017) recorded in the UK and released by the italian Heavy Psych Sounds Records.

Between the end of 2015 and the beginning of 2016, Christian Draghi went through a deep personal crisis, but instead of getting psychological help he started writing some songs. «It was pretty clear that they had nothing to do with the sound of my band Dr Cyclops» says Draghi. «That’s why I decided to start my first solo project as a singer songwriter called “Black Roses & Hats”».

The record will come out in January 2019through the italian label Ultrasound Records, recorded by the author himself with the help of different musicians.